Professional recognition in the EU

The purpose of this Directive is to provide a framework to enable EEA/Swiss host and home member states to compare regulated professions/qualifications where they exist, and apply certain compensation measures. It is to help facilitate the free movement of workers from the EEA and Switzerland, by having their professional qualifications recognised in a state other than the one in which they were attained.

The general system under which Chartered Architectural Technologists were recognised, means that Competent Authorities or regulators must not refuse applications on the basis of inadequate qualifications, if the qualification(s) held by applicants that want to practise the regulated profession are recognised by an EEA State or Switzerland. An applicant may be required to undertake an aptitude test or an adaptation period before being eligible to practice the regulated profession. 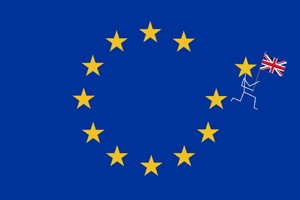 Since the UK left the EU, the Directive no longer applies to the UK or to Chartered Architectural Technologists.

However, there was no equivalent system put in place for UK nationals seeking recognition in the EU, or for those with qualifications/professions deemed to be from the UK. Such professionals wishing to work in a regulated profession in the EU must now seek recognition according to the rules of the individual member state in which they want to work.

CIAT's qualification system has always enabled us to recognise a wide and diverse range of qualifications and experience, and our membership processes have always been inclusive, allowing consideration of partial access and compensation measures for applicants to facilitate a flexible route to qualification. Our processes take into account academic achievement and work experience, and CIAT will continue to operate in the same way.

For Chartered Members seeking to work in the EEA or Switzerland, as the UK is now not part of the EEA and therefore no longer included in the Mutual Recognition of Professional Qualifications Directive, there is no requirement for those countries to recognise the professional qualification.

Some EEA nations do not have a role that is directly equivalent to a Chartered Architectural Technologist. Some countries will have protection of function, so only certain professions are recognised to undertake certain activities. This may present challenges to Chartered Architectural Technologists who wish to work in these countries, regardless of Brexit. 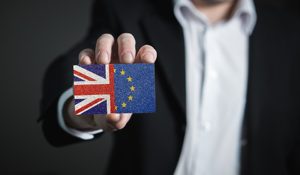 Other countries will not have regulation of profession or function, and members who are currently able to move and work freely would need to investigate the rules and policies of the nation in which they want to work, including visa restrictions.

If the functions are regulated, or reserved by another professional, CIAT would contact the relevant authority subject to requests to do so by members, to encourage them to recognise our Chartered Members, but there is no guarantee that our request would be accepted. This was the situation before Brexit and continues to be the situation now.

The UK Government is working to facilitate a process for qualification recognition and enable regulators and professional bodies across the whole UK to secure recognition arrangements with EU counterparts, but the onus is on the regulator/professional body to facilitate this by forming their own alliances/agreements. CIAT has already formed agreements with some EU bodies, and is working to do this with others where possible and as appropriate.

The UK Government will continue to work with the Scottish Government, Welsh Government and the Northern Ireland Civil Service as well as regulatory bodies to ensure the future system for the recognition of professional qualifications works across the UK. These arrangements are without prejudice to the rights and privileges accorded by virtue of the Common Travel Area, to Irish and UK citizens when in each other's state.