Current role
She is currently a full-time PhD researcher and university tutor at University of Adelaide and University of South Australia. She is also the CIAT Australasia Centre Secretary. Her doctoral research is focussed upon adaptive reuse. It examines barriers to change of use conversion stemming from national and international policy. Another key interest of research is change in architectural education.

Benefits
Gill was part of the core team of members who established the CIAT Australasia Centre, working towards building the existing network of members across Australia and New Zealand. This has helped her gain valuable professional contacts after moving to a new country.

Background
Rob is from Aldershot and started his career at an architectural practice in West Byfleet, Surrey. In 2015 he moved to London to work for Savills UK Ltd. as an Architectural Technologist within the Building and Project Consultancy Department.

Current role
Rob is based in the Building Consultancy Department at Savills, in the Design and Contract Administration team. His main role is to produce drawing packages and assist with project management for residential and commercial fit-outs and refurbishments and to undertake surveys for setting out, space planning, fit-out drawings, estate agency and valuation. He also assists with Party Wall matters and has been trained in rights of light modelling and calculations.

Why Rob joined and qualified
According to Rob, he owes his current position to CIAT, which he describes as ‘a highly respected and recognised institution (which) can open many doors, here and overseas’. Rob joined as an Associate (ACIAT) in September 2013, following completition of a relevant academic qualification whilst working as a CAD technician. Immediately afterwards he started his TCIAT Professional & Occupational Performance 9POP) Record, and achieved TCIAT status in May 2014. Update: Rob has since achieved MCIAT status.

Benefits
Rob believed his TCIAT qualification saw him put to work on more interesting and complex projects for high profile clients. He was given more responsibility and others had higher confidence in his work. Being able to offer contract administration services was another benefit, particularly when part of a design and contract administration team.

Achievements
Rob says his biggest achievement is securing a position at one of the largest property and real estate companies in the world, Savills. This has given him the opportunity to explore different service lines such as Party Wall matters and rights of light issues. He has put his skills to use by producing 3D models and drawings for rights of light issues. 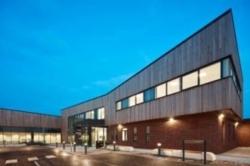 Background
Jennifer is an experienced Chartered Architectural Technologist who has worked in various multi-disciplinary consultancies and architectural practices prior to joining Kier as an Assistant Design Manager.

Current role
In her current role as an Assistant Design Manager, Jennifer is responsible for a number of tenders — for their authorisation and submission, in order to maximise the order pipeline and its conversion into market share, revenue and operating profit for the business unit.

During her two years employment at Kier, her first project was the onsite delivery of a £30m Atherleigh Park Acute Mental Health Hospital for five Boroughs Partnership Trust.  This brought many challenges due to the nature of the scheme to ensure a safe environment for the end users. The current scheme she is working on is her most complex scheme to date, a £46m Medium Secure Unit, Maghull for Mersey Care Foundation Trust. Kier hopes to start work on site within a year.

Why Jennifer joined and qualified
Through her degree and work experience Jennifer has always had an intention to become a Chartered Member. Her membership ‘affirms my qualifications, professionalism and experience within the industry and is recognised globally’. She says ‘I feel the MCIAT designation provides not only personal satisfaction but confidence to the wider audience'.

How Jennifer qualified
Jennifer achieved a First Class CIAT Accredited BSc Honours Architectural Technology in 2010 at the University of Bolton. She studied part time whilst working in the architects department of a multidisciplinary design consultancy.

Once obtaining her degree she joined the design team of a company that specialised in roofing and cladding, undertaking the responsibility for manufacture drawings, installation drawings, managing the manufacture process and design team’s workload which broadened her technical ability. When the opportunity arose, she took this additional experience and joined an architectural practice as their sole Architectural Technician. It was then she was approached by Kier to become an Assistant Design Manager using her varied experience to aid informing the construction side.

Benefits
Jennifer says ‘I have benefited hugely from the qualification from being asked to become a Professional Interview Assessor and speaking to potential new members about their journeys through to being recognised within a company for my achievements and capabilities.’ She says that having ‘the initials’ (MCIAT) after her name signifies her ability.

Achievements
Along with achieving her First Class BSc Honours Architectural Technology, Jennifer attained a Governors Prize from the University of Bolton and a CIOB Certificate of Excellence in the same year as well as a Kier Star Award in 2016. 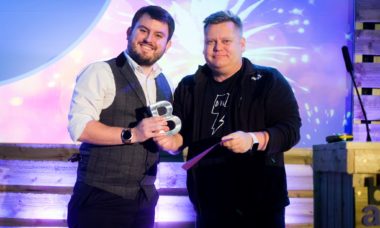 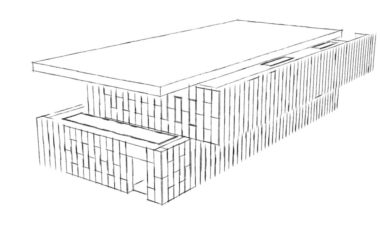