Architectural Technology
An essential design function with its main influence on process, performance and buildability.
Then, now and into the future, the discipline is as relevant as ever.

1962 | The Architect and his Office survey published.
This demonstrated the need for Architectural Technicians and an Institute for technicians to be sponsored by the RIBA to ensure the maintenance of standards, education and training.

1964 | RIBA Council unanimously support the formation of an association of Architectural Technicians.

1965 | Society of Architectural and Associated Technicians (SAAT) is founded on 12 February.
A Society to represent all technicians within construction and demonstrate multi-disciplinary training and understanding. In its first year, 1,799 technicians joined the Society.

1968 | The Training of Technicians in Architects' Offices leaflet published.

1970 | First professional interview Assessment Boards for membership held.
This leads to an increase in membership as SAAT successfully embedded itself as a lead body within the construction industry.

1975 | SAAT is incorporated as a Company Limited by Guarantee.

1984 | The Register of Practices is established for Full Members running a practice. Hong Kong Centre is founded – the first International Centre.

1986 | SAAT celebrates its 21st Anniversary. In May, it becomes British Institute of Architectural Technicians (BIAT).
The name change recognised the development of the Society and its place within the built environment sector as the body for specialists in Architectural Technology.

1987 | Amalgamation with Institute of Architectural and Associated Technicians and Republic of Ireland Centre formed – the second International Centre.

1990 | BIAT presented with the formal letters of patent from the Institute Coat of Arms, from which the Institute's logo is taken. BIAT celebrates the 25th Anniversary of the Insititue.

1993 | University of Huddersfield is the first to offer the Honours degree in Architectural Technology. Those first to receive the Institute's Accreditation are Luton University, South Bank University and University of Ulster. 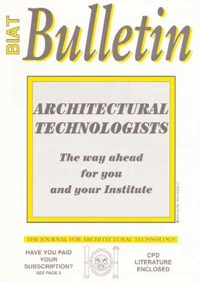 2007 | CIAT-Accredited Conservationist Scheme introduced for Chartered Members who wish to lead on grant funded heritage projects. The Institute also becomes a licensed body of the Society for the Environment and can award the Chartered Environmentalist qualification title.

2008 | Chartered Architectural Technologist listed in the Standard Occupational Classification alongside the architect, surveyor and town planner. First AGM held outside of Europe in Hong Kong.

2015 | CIAT celebrated its 50th Anniversary as it continued to build on its solid and respected platform for the continued evolution of the discipline of Architectural Technology. 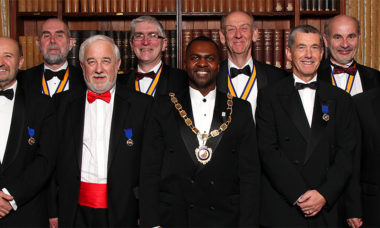 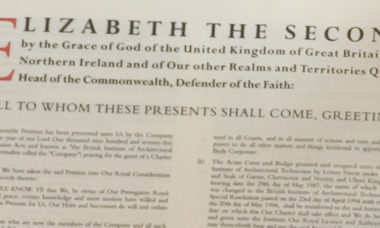