The Construction Leadership Council (CLC) has urged chancellor Rishi Sunak to maintain existing levels of investment and commit to a national retrofit programme rather than making a "long list of new projects we want the government to back".

In advance of the chancellor's Autumn Budget and spending review, the CLC has written to Sunak outlining how the government can get best return on money committed to construction delivery and maintenance.

CLC co-chair Andy Mitchell said: "We need to be clear on the circumstances in which this letter has been prepared. Last year we all welcomed the enormous and unprecedented financial interventions that the government delivered to support companies and employees through the biggest crisis in generations. We also welcomed the significant investment committment in last year's spending review. Inevitably however, the pandemic has left the public finances in an extremely challenging state."

He added that it may surprise some in the construction industry that the CLC hasn't prepared "a long list of new projects" for which it is seeking the government's backing.

Mitchell said: "Put simply, there is little point in presenting the government with a further list of works that almost inevitably would have to be ignored, and in the process losing the opportunity to emphasise those things that the government could and should continue to invest in. We should remember that the government has already displayed its confidence in the industry through its support to building back better including major investments such as HS2 and the Health Infrastructure Plan."

He added that the CLC "hoped and expected" the chancellor will use the spending review to commit to maintaining existing levels of investment beyond the current spending review period to sustain employment and growth.

"Our second ask is linked to the government's committment to deliver net zero carbon by 2050. We know as an industry that one of the single largest interventions to achieve this would be a programme to retrofit the UK's existing housing stock, driving carbon out of the heating and running of homes," said Mitchell.

"We are not asking for money at this stage but instead something that is in the long term more important. In advance of the completion of the Heat and Buildings Strategy, we are calling for the national retrofit programme to become a strategic priority for government in the coming three years. This will mean that it is an area of significant concern for senior ministers to work with industry, developing a fully funded programme paid for both by public and private sector, to secure a step change in the carbon performance of the built environment." 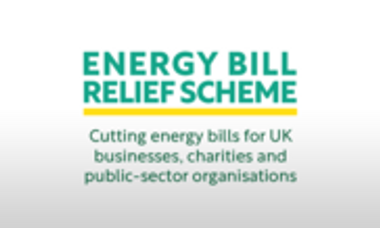