The Secretary of State for Levelling Up, Michael Gove, warns developers they must pay to fix the cladding crisis as he overhauls the government's approach to building safety.

Mr Gove has written to industry giving them a deadline of early March to agree a fully funded plan of action including remediating unsafe cladding on 11-18 metre buildings, currently estimated to be £4 billion.

He warns he will take all steps necessary to make this happen, including restricting access to government funding and future procurements, the use of planning powers and the pursuit of companies through the courts. He adds that if industry fails to take responsibility, the government will if necessary impose a solution in law.

In the letter, Gove says: "Our home should be a source of security and pride. For too many of the people living in properties your industry has built in recent years, their home has become a source of misery. This must change."

He adds: "It is neither fair nor decent that innocent leaseholders, many of whom have worked hard and made sacrifices to get a foot on the housing ladder, should be landed with bills they cannot afford to fix problems they did not cause.

"Government has accepted its share of responsibility and made significant financial provision through its ACM remediation programme and the Building Safety Fund. Some developers have already done the right thing and funded remedial works and I commend them for those actions.

"But too many others have failed to live up to their responsibilities."

In the letter, the Secretary of State asks companies to agree to: 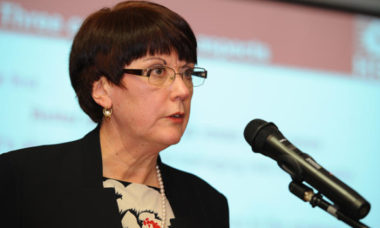