'Greening' historic homes through measures like draught proofing, increasing insulation and adding secondary glazing could result in an 84% reduction in carbon emissions, an Historic England study has found.

In a new report looking at the retrofitting of older homes, Historic England found that carbon emissions from a detached Victorian home could be reduced by 84% compared with 62% in a Georgian terraced home, 58% in a 1900s terrace, 56% in a Victorian-semi detached and 54% in a Victorian terrace.

It also found that regional weather patterns have a direct impact on homes' carbon emissions, with a building in the North West generating 14% more emissions than an identical building in the South East.

Buildings, including homes, are the third largest producers of carbon emissions in the UK, and homes alone account for 13% of all the UK's carbon emissions. England has one of the oldest building stocks in Europe, with a fifth of all homes being over a century old.

Historic England said that in order to meet the government's target of being carbon neutral by 2050, historic buildings needed to be recycled and reused, rather than demolished and rebuilt so that the CO2 emissions already embodied within existing buildings are not lost through demolition.

It called for homeowners to keep on top of repairs, and urged them to consider measures such as upgrading loft insulation, upgrading secondary insulation, and adding draught proofing.

Duncan Wilson, Chief Executive of Historic England, said: "The scale and urgency of climate change requires people to take action now to reduce carbon emissions. Our buildings are important sources of embodied carbon, so we know we must reuse them, rather than demolish and rebuild, but as buildings are the third largest carbon emission producers in the UK after transport and industry we must address their daily emissions. From small behavioural changes to larger energy efficiency improvements this new research demonstrates that we can greatly reduce the carbon footprint of our precious historic homes, while maintaining what makes them special." 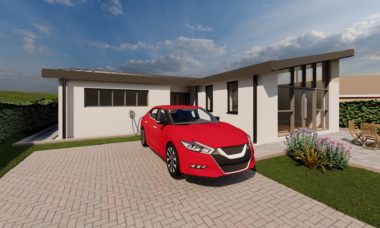 An update on Quinquennial Inspections of churches