His departure, part of Boris Johnson’s cabinet reshuffle, comes just days after it emerged that the government’s major planning reforms were set to be scaled back in a bid to stave off a rebellion from the Conservative party’s own MPs.

The expected U-turn followed protests from Tories who branded the planning bill a ‘developers' charter’.  The changes had even been thought to have played a part in a shock by-election defeat in Buckinghamshire in June.

Jenrick hoped to make 'beauty' a key aim of the planning system, picking up on many of the recommendations of the government's Building Better Building Beautiful Commission report, piloting a new National Model Design Code and establishing the Office for Place within MHCLG, chaired by Nicholas Boys Smith, also director of lobby group Create Streets.

Earlier this year, Jenrick had said his planning reforms would prevent designers ‘imposing’ their ‘dreams’ on local communities. However, this summer - perhaps in need of allies - he appeared to court leading housing designers praising their designs and disparaging the efforts of volume housebuilders at an event held by think tank Policy Exchange.

The secretary of state for housing, communities and local government was responsible for a series of highly contentious planning decisions, not least his approval of the Westferry Printworks development in 2020 – despite it being heavily criticised by Tower Hamlets, the Greater London Authority (GLA) and the government’s own planning inspector.

His consent for the £1 billion scheme designed by PLP for billionaire Tory donor Richard Desmond was later quashed after the government admitted Jenrick’s decision was unlawful amid accusations of bias.

The minister, who replaced James Brokenshire in April 2018, was also at the centre of the building safety crisis. He was criticised for his lack of action in addressing the ongoing issues with dangerous cladding in the wake of the Grenfell tragedy and the crisis has dragged on for years.

Despite government’s £5.1bn Building Safety Fund, which is intended to remove dangerous cladding, many leaseholders still face bankruptcy or homelessness due to the size of the bills needed to pay for remedial work.

Under his watch the government significantly widened the controversial permitted development rights (PDR), allowing more buildings to be converted to homes without full planning permission. However, he also introduced minimum space and daylight standards for all residential PDR schemes after criticism that the projects would become the 'slums of the future'.

Former Education Secretary Michael Gove has been appointed as the new housing secretary. 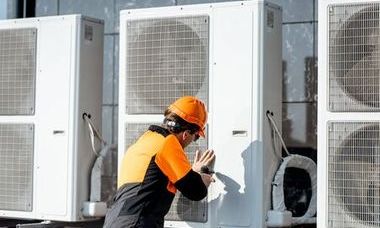 Planning overhaul on hold as Gove takes up new post