Prisoners at a Lancashire institution have become the first to build eco-friendly lights in-house, which will be used to cut energy use across prisons.

Offenders at HMP Garth Prison near Leyland are assembling LED lights which use 62% less electricity and are expected to save around £2.5m a year once rolled out across the prison estate.

The development follows an announcement in May that the Government's four new prisons will operate as zero-carbon, with an all-electric design, solar panels, heat pumps and more efficient lighting systems to significantly reduce energy demand.

The project to construct lights which meet Prison Service security standards was developed by Garth staff and led to a product that is 36% cheaper than the original design.

The prison has bought components to retrofit 6,700 lights so far and prisoners are producing around 100 a week to install in the prison and elsewhere in the estate, according to the Ministry of Justice.

Around 50,000 old fluorescent lights in prisoners' cells are to be replaced, with 13,000 already changed to the energy efficient alternative, saving £645,000 a year. LED lights are also sent to Garth from other establishments for prisoners to repair and refurbish – further reducing waste and saving money.

Prisoners and Probation Minister Alex Chalk, said: "This is the latest example of prisons doing their bit to build back greener as we move towards a net-zero future. We know teaching prisoners new skills reduces reoffending, and this is an opportunity to combine learning with tackling climate change."

Work to roll out production lines at further prisons is ongoing, with other sites to be announced in due course. The Prison Service is also aiming to replace tens of thousands of corridor lights as well as those in cells. 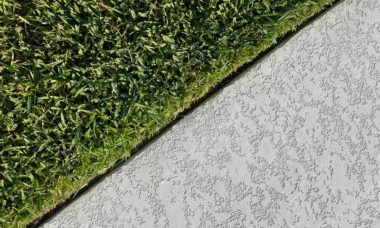