The Building Safety Act 2022 has now come into force and introduced a number of wide-ranging changes within the construction industry. Whilst some of these will require secondary legislation, the impact on the potential liability of construction professionals may be immediate.

One of the key aspects of the Act, and the one most widely advertised by the Government, relates to the alterations to the limitation period for some claims.

As a starting point, it is important to bear in mind that the Act only revised the amount of time permitted to bring a claim under the Defective Premises Act 1972 and, to a limited degree, claims under the Building Act 1984 but does not alter the position generally under the Limitation Act 1980 for other matters.

Under the revisions to the Building Act 1984, a claim can brought against the construction professional for breaches of the Building Regulations. However, whilst the limitation period for any claim brought after the 28 June 2022 has been extended to 15 years, this is not retrospective and will not affect claims prior to that date.

The Defective Premises Act 1972 provides that the 'person' taking on work in connection with the "provision of a dwelling" owes a duty of care to ensure that the work is done in a professional manner so that the property will be "...fit for habitation..." when completed. However, the driving force behind the Building Safety Act 2022 relates to the use of cladding materials on high rise properties and, whilst the amendment to the Defective Premises Act 1972 arguably impacts all construction projects, it remains to be seen if this will result in an increase in the number of claims outside of cladding claims on high rise properties.

With regards to the position in respect of 'fit for habitation', whilst it is ultimately for the Court to determine this standard, as a rule a property will be deemed fit for habitation if it can be occupied for a reasonable period of time without risk to health or safety and without undue inconvenience or discomfort. As noted above, it is currently unclear if claims will be pursued after a prolonged period of time and, it may be argued that the greater the period of time, the less likely that a claim will be successful outside of cladding issues.

However, it is currently unusual for a claim against an Architectural Technologist to cite the Defective Premises Act 1972 or the Building Act 1984 as the basis for the claim, although it remains a possibility and given the change in the law may now be more likely.

As the Building Safety Act 2022 has only just come into force, it is far too early to provide any kind of definitive answer as to whether this will impact on premiums for the policy or the number of claims that may arise. However, this may be a further factor to consider when planning for retirement and the cessation of a practice.

For Members insured through CIAT Insurance Services, it is important to note that the policy will still respond to any claims made against the Architectural Technologist as this is still a civil liability that falls under the cover provided. Although, the terms of the conditions of policy including any restrictions or exclusions will still apply when considering the claim.

If you are not insured through CIAT Insurance Services, whilst cover is likely to be provided under most professional indemnity policies, we would suggest you contact your insurance advisers to discuss matters further.

If you would like to discuss the issues raised in the article, please do not hesitate to contact: 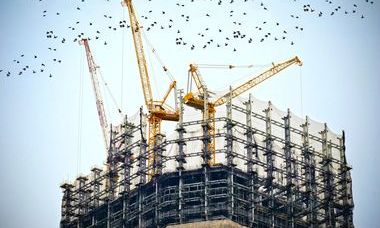