The Institute's 16th Annual General Meeting, held on 27 November 2021 in Manchester, saw the approval of three resolutions and the inauguration of new President, Kevin Crawford PCIAT. 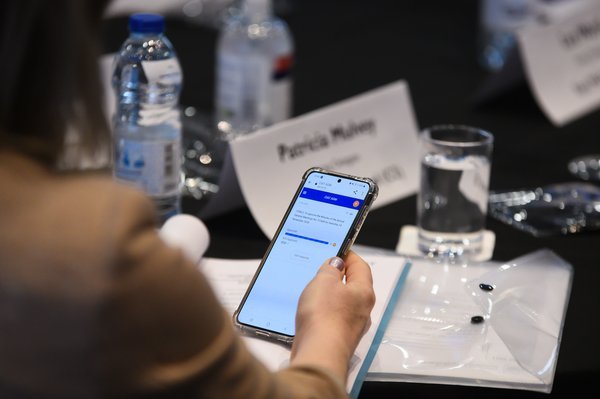 It included the unanimous approval of the accounts as well as the authorisation to Council to appoint the auditors. There were three Resolutions debated and voted on by the Voting Delegates, made up of representatives from the Regions and Centres. The following were approved and will be taken forward for implementation:

Kevin Crawford PCIAT was inaugurated as the 30th President of CIAT. Kevin is Managing Director and founder of Crawford Architectural, a CIAT Chartered practice based in Thornliebank, Glasgow. As an active Member, he has previously served the Institute as Vice-President Technical.

Kevin addressed the delegation outlining his vision for the next two years during his Presidency. He spoke on the very real challenges and issues he will tackle, some of which affect the discipline, some the industry and others society in the UK and globally.

For example, the work in relation to Climate Change, life safety and the new Building Safety regime and equality, diversity, and inclusivity. There is also work to promote to national and local governments the benefits of recognising competent built environment professionals alongside reinforcing the mantra that Chartered Architectural Technologists are the lead in the technology of architecture. He is also keen to encourage CIAT Chartered Practices, other practices, and employers to embrace the next generation and mentor new AT graduates. Kevin will also be working with the Chief Executive, Executive Board and Council in the development of the 2023 – 2028 Strategic and Corporate Plans.

Speaking of his appointment, Kevin said, “I feel hugely honoured and privileged to take on the role of President of an Institute and profession I have immense enthusiasm for. This position is the pinnacle of our profession and I take on this role with pride, passion, and commitment. I very much look forward to representing all our members and affiliates as President for the next two years.”

Carl Mills FCIAT took over the mantle of Vice-President Education from Dr Matthew Brooke-Peat MCIAT, while Dan Clements MCIAT began his term as Vice-President Practice, taking over from Rob Thomas MCIAT. They will be working with the Education Department and Practice and Technical Department respectively.

A full report on the AGM will appear in the spring issue of AT Journal. 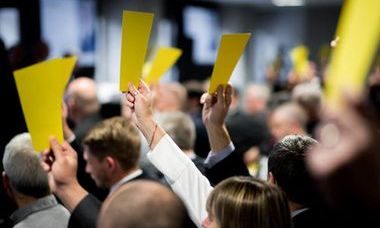 Join as a 'CIAT affiliate'