Brexit "a major factor" as EU applications for UK design courses fall by more than 50%.

Applications from the rest of the world rose seven per cent from 26,680 to 28,530 meaning there was a net fall of just over 10,000 overseas applications.

Jeremy Till, head of London art and design school Central Saint Martins, said the fall in EU applications was "undoubtedly" due to Brexit, which came into force on 1 January this year.

He told Dezeen: "Brexit has undoubtedly been a major factor in the downturn in EU applications. The fact that EU students now have to pay fees at the higher international level and are no longer eligible for loans is certainly putting off prospective students."

Predictions that an uptick in EU student applications in 2018 was a pre-Brexit surge appear to have come true. In 2016, The Council for Higher Education in Art & Design warned Brexit would have a "significant impact on staff and student recruitment, competitiveness and prestige of UK creative higher education and creative industries at a time when global competition in these areas is likely to increase steeply".

Since Brexit, students from countries in the EU are no longer eligible for home fees status, meaning they now have to pay higher fees than UK students. EU students also have to apply for a student visa costing £348 using the UK's new points-based immigration system, as well as paying a £470 surcharge upfront to access the NHS.

After graduation, EU students will need to apply for a graduate visa to grant them permission to stay and look for employment for up to two years, posing a further disincentive.

The drop in EU student numbers is not entirely unexpected. A report published by the UK government's Department of Education in February 2021 estimated that Brexit could cost universities up to £66.5 million in fee income as EU student numbers dropped. Travel restrictions introduced in response to the coronavirus pandemic and the UK's high rate of infection could also be putting off potential students. 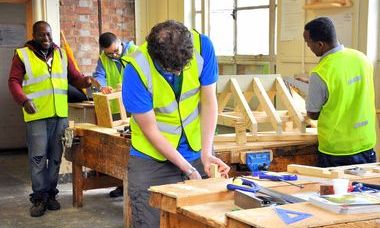