The latest report by the Intergovernmental Panel on Climate Change (IPCC) has issued a stark warning of irreversible and unprecedented climate change brought about by human activity unless emissions are significantly reduced.

The report was the first instalment of the IPCC Sixth Assessment Report, Climate Change 2021: The Physical Science Basis, produced by Working Group I, which analyses the physical evidence for changes in the climate systems, as measured by temperature rises in the atmosphere and the oceans, the increases in extreme weather events, changes in rainfall patterns and other indicators.

It warns that climate change is already upon us and some changes to the Earth's climate are now 'irreversible'.

But it also predicts that rapid reductions in greenhouse gases in this decade could prevent a full-blown climate catastrophe if governments and other stakeholders seize the opportunity.

UN Secretary António Guterres warned the report is "a code red for humanity" and a time to "combine forces now" to drive forward positive action ahead of the COP26 climate change summit in Glasgow from 31 October to 12 November.

Almost every nation on the planet agreed to the goals of the Paris agreement in 2015, which aimed to keep the rise in global temperatures well under 2°C this century and make efforts to keep it below 1.5°C. Progress has been slow however, and the new IPCC report says both targets will be broken this century unless there are huge and rapid cuts in carbon emissions.

You can find the report here. 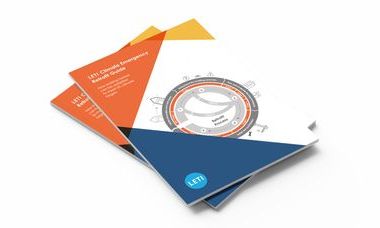