Grenfell: Fire would not have happened if regulations followed 'with reasonable diligence'

A lawyer for the government has told the Grenfell Tower Inquiry that a large-scale cladding fire could not have happened had Building Regulations, British Standards and statutory guidance been followed and enforced "with reasonable diligence".

In his opening statement at the start of module 6 of the Inquiry for what is now the Department for Levelling Up, Housing and Communities, Jason Beer QC said the government was “deeply sorry” for past failures in relation to oversight of the regulatory system governing the construction and refurbishment of high-rise buildings.

He said that the department believed that “critical self-reflection” was required alongside reviews of the regulatory system. It was the department, he pointed out, which set up the Inquiry itself.

Beer admitted that the department did not understand how the regulatory system was working on the ground or how well it was being enforced by building control bodies.

He said: “The public, residents and indeed government trusted that those constructing and approving high-rise blocks and supplying the products used in them were following the law and doing the right thing. This trust was both misplaced and abused. The department greatly regrets that it took the Grenfell Tower tragedy to lay bare this misplaced and abused trust.”

But he added: “However, had the Building Regulations, British Standards and statutory guidance been followed and enforced with reasonable diligence, a large-scale cladding fire could not have happened. In particular, the department’s view is that the meaning of the regulations and of ADB read together with the regulations was sufficiently clear at the time of the refurbishment of the tower that no competent professional, acting in good faith, should have misunderstood or misapplied the statutory requirements. A competent professional would have taken appropriate advice in case of uncertainty, not least where the issue involved fire safety.”

He admitted that the department “should have done more” to take on board the recommendations and learnings triggered by other fires like the 2009 Lakanal House blaze.

He said: “Individually, these areas of missed opportunities from the department and across industry may not have caused the fire at Grenfell Tower, but, cumulatively, they created an environment in which such a tragedy was possible. The department has accordingly listened carefully to the evidence heard so far by the Inquiry and has accepted the criticisms made and the recommendations of the Hackitt Review.

“The building safety regulatory system was not fit for purpose, and within the construction industry there was a race to the bottom, with profits being prioritised over safety. The department did not interrogate the underlying performance of the system, nor take active steps to assure itself whether the regulatory regime was working as intended. This most definitely is not just a question of the specification of cladding systems, but of an industry that has not reflected and learned for itself.” 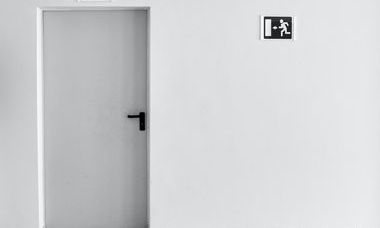