The Hong Kong Centre represents those based in Hong Kong

Simon James Gallagher has been working in the Built Environment, in various roles for nearly 20 years. After completing a foundation course in Art & Design at Chelsea College of Art, London, he went on to study Interior Design at Bournemouth University. Around this time he was introduced to Autodesk’s Architectural Desktop 2, as well as Graphisoft’s ArchiCAD. He intuitively saw that this was the future and vowed to avoid it at all costs, because it was tricky.

He accepted his first job after graduating as a designer of roof trusses for a timber engineering company based in England’s North-West. Much to his dismay, he was forced back into the world of CAD/BIM because the software used allowed real-time engineering and analysis, plus CAD-CAM straight to manufacture functionality.

Escaping from that inferno of efficiency and productivity at the first possible chance, in 2003 he moved to what he perceived as the more relaxed, and creative, role of Architectural Assistant for a local architectural studio, only to discover that his old ArchiCAD and 3D modelling skills were back in demand for creating rendered photomontages, and other distinctly BIM-like tasks. It was whilst working in architectural practice that he studied a part-time HNC in Building Studies and joined CIAT.

Since that time, Simon has worked as an Architectural Technologist, grown in seniority and experience, all whilst avoiding the use of BIM or anything more 3D than AutoCAD. This all changed after being given the opportunity, in 2012, to move halfway around the world to Hong Kong, just to be with his future wife. Despite being Chartered, the role of an Architectural Technologist is not well understood in Asia, so it was once again down to the fallback option of BIM. He has gone on to forge an actual career out of spinning 3D models around whilst getting people to believe that he is an expert.

Thomas is a qualified Architectural Technologist and has over 20 years of industry experience. Working with the Benoy Technical Team and design consultants, Thomas coordinates a wide range of projects in various sectors. From detail design through to construction, he presents a meticulous and dedicated approach. His comprehensive expertise includes drawing package workfl ow, review and coordination of building services, preparation of specification and materials documentation, tender analysis and review processes and compliance with building regulations.

Working throughout Singapore, Hong Kong, and China, Thomas has experience in a wide range of commercial, industrial and residential projects. These include Terminal 4 Changi Airport, a 195,000m2 expansion to meet the needs of the business and passenger growth in
Singapore; Shanghai ICC, a mixed-use development in the heart of the city with retail, offices and apartments; and Hysan Place, a prime retail district with impressive views of Victoria Harbour and the Kowloon Peninsula.

Thomas joined the Hong Kong Centre Committee in June 2015 as CPD Officer and has been elected to the position of Treasurer for 2019/2020.

With his qualification as a Chartered Technologist Jon brings an experienced, practical knowledge of construction processes, project coordination, and information production to all projects, a role that he advises on across the office to ensure standards of the highest quality are maintained.

Since joining PDP London in Hong Kong, Jon has undertaken lead roles on a number of large-scale residential projects including a 200+ luxury villa project in Shanghai, the refurbishment of an existing multi-tower development The Manhattan at Tai Tam, and a 19,500m2 residential development in Hong Kong.

Prior to joining the PDP London, Jon worked on new-build residential projects for a number of the major house builders in the south east of England.

During his time at PDP London, Jon was on the technical team that successfully delivered Duke of Yorks Square before moving onto a role that saw him implement the interior design of two super-prime private apartments in Chelsea.

On 45 Park Lane, a luxury hotel for the Dorchester Collection, Jon led the PDP team on the design coordination and delivery of the interior fit out element of the project. From detail design through onsite construction to completion. Building a close working relationship with the other consultants, contractors, project management and client teams to execute the delivery of one of London’s leading boutique hotels. 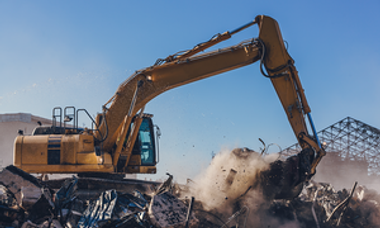 The CMA has provisionally found that 10 construction firms illegally colluded to rig bids for demolition and asbestos removal contracts. 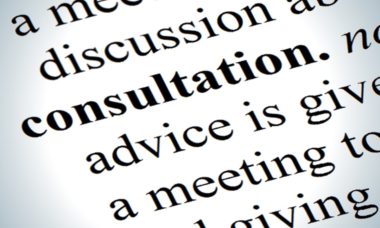