The Americas Centre represents those based in America, Canada and Caribbean Islands

Peter Drew MCIAT is the current Chair of The Americas Centre. Peter started his career in architecture at the beginning of 1987, working as a junior technician with W.D. Stirland Architects, a small practice in Nottingham. By 1992, Peter had completed both his ONC and HNC Certificates in Building Studies on a part-time basis at Nottingham Trent Polytechnic.

Following the retirement of his employer, and after a couple of takeovers, Peter finally ended up working for Stephen George and Partners, where he stayed until his departure to Canada in 2007, completing a succesful UK career in housing design.

In 2005, Peter and his family decided to relocate to Canada. Architectural Technologists appeared on the list of skilled workers required in Canada and therefore an application was made under the Skilled Workers Program. This type of application is a points-based system dependent on age, financial stability, language skills, work stability, family commitments and medical history. It is aimed to try and identify applicants that would be stable, and likely to remain in the country once they have relocated. The application took two years to process and after, Peter and his family were finally approved, receiving permanent residence status.

Peter moved to Canada at the end of 2007 and started work as a Lead Senior Architectural Technologist (referred to as Job Captains in Canada) with FWBA Architects in Lethbridge, Alberta, Canada, leading design teams from concept to completion on site. Peter's first project in Canada was the design of a new Fire Headquarters in Lethbridge, which went on to win the Fire Chief's Magazine 2012 Award for best designed integrated station style. With this first project, there was a steep learning curve to learn new codes, requirements and procedures, but the experience gained from working in the UK industry was more than enough to ﬁt well into the working environment in Canada. Since moving to Canada, Peter has had the good fortune to work on many projects of various sizes and complexity in a range of sectors, but his main work is Government, local authority and commercial based.

In 2009, Peter continued with his training to qualify as a LEED (Leadership in Energy and Environmental Design) Accredited Professional in the sustainability ﬁeld, and in 2013, Peter became a Chartered Member. Peter also became a Canadian Citizen with dual nationality status, and in 2014, Peter became an Associate at FWBA Architects.

Peter's role nowadays is more of a project manager and often plays a pivotable role in delivering project’s to meet the client’s design requirements. As one of the technical leaders at FWBA Architects, he is often tasked with working independently and cooperatively in conducting research, preparing drawings, developing architectural models, managing speciﬁcations and contracts, tendering the project, as well as supervising the construction project. His responsibilities form the link between the architect’s concept and the completed construction.

Susan currently holds the position of Secretary for Centre C4 The Americas. Susan completed her BSc (Hons) in Architectural Technology at Robert Gordon University in Aberdeen Scotland in 1999, then went on to complete a MSc in Concrete, Technology, Construction and Management at the University of Dundee. After a short time working in Scotland for a small architecture practice focusing on residential construction, Susan moved to the Republic of Ireland in 2001 to work for a social housing organization. After 2 years of working on social housing projects, Susan moved to an architectural practice working mainly on commercial, residential and mixed-use projects. Since moving to Alberta, Canada in 2011 and after a short period working for an irrigation district, Susan now works with FWBA Architects in Lethbridge, Alberta as a Job Captain and Contract Administrator, leading the production of contract documents and administering the contracts at construction stage. In this role, Susan has worked on a variety of sectors including Education, Healthcare and Leisure. Susan become a Chartered Member in August 2015.

Ian Best is an accredited Architectural Technologist and Director at Robertson Ward Associates Limited. He manages the design process, visualisation and the production of construction documentation from schematic design stage right through to site management stages including contract administration. He has developed CAD and BIM Systems for office use and in the past was responsible for the introduction of a staff performance management framework.

A full member of the Chartered Institute of Architectural Technologists since 2003, Ian is well equipped to manage and design large scale projects such as Schooner Bay in Barbados on which he was the lead architectural consultant. He also wrote a well-received weekly column for the Barbados Today newspaper –“Blueprint”

Craig was educated at the Dublin Institute of Technology, University of Westminster and has recently completed classes through Harvard University. His first major job in the industry was a small Dublin practice specialising in bespoke luxury residential dwellings. Craig then moved to London in 2013 and joined a large residential practice where he worked on large scale residential projects, which ranged from 20 to 440 unit schemes. He joined Gensler London in 2014, and led part of a large retail centre in the Middle East from concept through construction. Craig then went to work on many retail projects, including a brief tenure in Germany for a specific client.

Since moving to Chicago in 2016, Craig has worked on many iconic Chicago buildings including the current repositioning of the iconic Willis Tower. Craig has most recently been project lead for an emerging technology/consulting firm in Chicago, as well as now manging a major account for Gensler’s Chicago office with projects across the United States. His current projects are in the states of Alaska, Florida, Illinois, Maryland, Michigan, Tennessee and Wisconsin.

Craig joined the Chartered Institute of Architectural Technologists as an Associate member in 2011 and he became a Chartered Member in August 2014.

McCauley Daye O'Connell Award (2011)
Dublin Institute of Technology College of Engineering & Built Environment. This is awarded for Best contribution to course in the Department of Architectural Technology annually. 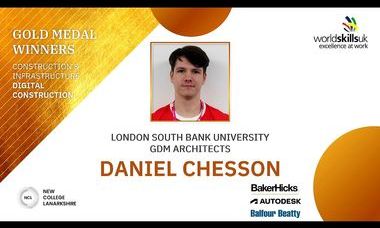 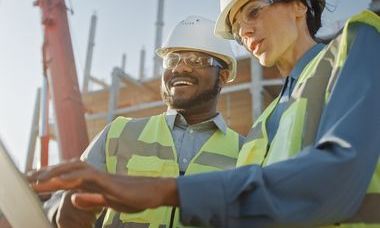 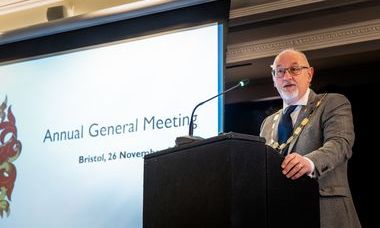